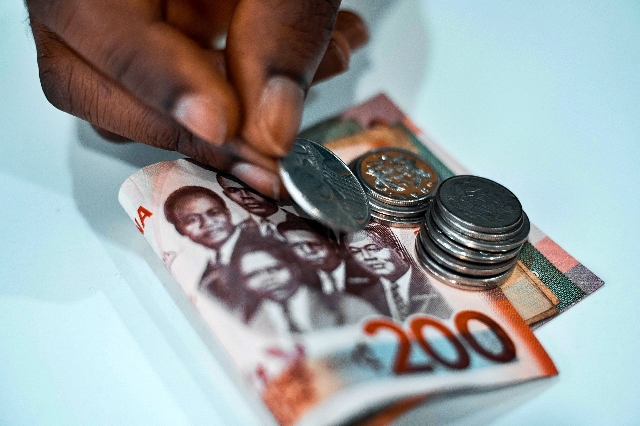 In his review of the economy in parliament in 2003, Mr. Yaw Osafo Maafo described the gap between BoG and the lending rate of the commercial banks to be unacceptably high. He called on the banks to respond positively to the decline in the inflation rate.

In 2021, the senior advisor to the President of Ghana and my fellow Akora from Achimota again, in his address to the gathering at the 2021 Ghana Industrial Summit and Exhibition in Accra, called on Commercial banks to reduce their lending rate.

His call at the Summit was mainly based on the fact that factors such as exchange rate, inflation and prime rate that affect the cost of lending rates have been on a decline due to the banking sector reforms. Therefore, the reforms have addressed the inherent risk elements of commercial banks’ lending, and as such, the interest rate and the Bank of Ghana (BoG) policy rate gap should be narrowed.

He is absolutely right.

The Monetary Policy Committee of the Bank of Ghana (BoG) sets the prime rate, which various commercial banks and other financial institutions also operate within Ghana. This influences the commercial banks’ lending rates. It serves as a benchmark used to signal the cost of funds, which is expected to be transmitted throughout the financial system, as banks reflect it in transactions among themselves and with the general public.

Prof. Joshua Yindenaba Abor is a qualified accountant, financial economist and Professor of Finance with a lot of years’ expertise mainly in economics research and development finance. Abor (2004) asserts that the commercial banks’ Minimum Reserve requirement eventually leads to an increase in interest rate.

It safe to suggest that the impact of the increase in the minimum capital requirement for commercial Banks from GH¢ 120 million to GH¢ 400 million by the BoG is one of the reasons why the lending rate is still high.

The central premise of the call of Mr Yaw Osafo-Maafo is the impact of the banking sector clean-up exercise. He believes that the reform has reduced the risk elements of commercial banks’ lending. One of the indicators of this risk element is the non-performing loan ratio (NPL), which measures the effectiveness of a bank in receiving repayments on its loans.

Since this is a ratio, it is possible that the total amount of outstanding loans the bank holds is increasing whilst the amount of non-performing loans in a bank’s loan portfolio remains unchanged, causing the ratio to increase.

Also, the fact that the non-performing loan ratio has declined does not necessarily mean that the value of the non-performing loans has declined. Would you say that the period after the clean-up exercise represents a feasible time-space to perform a cost-benefit analysis for lending rate declines? It is important to interrogate whether the banking sector clean-up has really reduced the risk element of commercial banks’ lending.

The reforms came with some cost – some GH¢ 21billion was spent by the government on the clean-up. This is the reason for the introduction of a new 5 per cent financial sector clean-up levy in the 2021 budget. The levy is expected to help provide the money to pay for outstanding commitments in the sector and is projected to run until 2024 and be reviewed after that.

Additionally, the clean-up also reduced the number of banks from thirty-four (34) to twenty-three (23). At the same time, three hundred and forty-seven (347) micro-finance institutions, fifteen (15) savings and loans, and eight (8) finance houses had their licenses revoked.

According to Boamah (2019), the expectation is that competition of the commercial banks for customers will result in a substantial fall in their lending rates. However, the contrary is true in the case of Ghana as Mr Yaw Osafo Maafo has stated recently.

The truth is, while increased competition in the banking sector in Ghana did not lead to a low lending rate, a reduction in competition through the clean-up exercise will not result in a fall in lending rates even with the declining monetary policy rate, not without some intervention by the powers that be.

Therefore an increased demand for capital credit or loans will cause the banks to increase the rate to segregate down demand so that those that can afford it will go for it (Abor & Biekpe, 2007; Diamond, 1984). Based on the normal demand and supply analysis, a rise in demand for credit from the banks puts demand pressure on the commercial banks to charge high rates. As a result, the gap between the BoG’s policy rate and the lending rate will tend to be high.

Furthermore, the banks in Ghana charge high lending rates due to the information asymmetry problem. The commercial banks set these rates high in an attempt to offset higher risks resulting from asymmetric information (Maiti et al., 2020). Similarly, (Asamoah & Adu, 2016) attribute the high rate of interest in Ghana to imperfections in the financial market due to asymmetric information.

Researches since the 1980s have always found the existence of information asymmetry in Ghana’s financial system (Stiglitz & Weiss (1981). They assert it is responsible for the inefficiencies in the financial sector. The majority of the businesses, customers, and those who seek credit from the commercial banks do not have the requisite information and are not aware of what the central bank charges. Because of the information limitation, they are unable to adequately negotiate for a reduction in the rate and tend to take what the commercial banks offer them.

According to Lartey (2018), there is a positive relationship between average lending rates and monetary policy rates (MPR) in Ghana. Although the result was that MPR was significant in both the short run and long run, the speed of adjustment was relatively slow in the short run. This implies there are some other factors, like those I have stated above, that are responsible for the upward adjustment of commercial lending rate towards the BoG’s prime rate.

Therefore, something must be done in addressing these challenges. The sector clean-up exercise has its merits. Nonetheless, calling on commercial banks alone to reduce lending rates might not be enough as financial institutions, like banks, tend to operate as a private business prioritising profit. If nothing more is done about the increasing lending rates, in the end, it is we the citizens that suffer.

Gov’t to issue GHȼ21bn bonds between Oct. and Dec.

Your voice muted on national affairs – Mahama to House of Chiefs

E-block: Retract, apologise to Aflao chief over ‘build it yourself’ comment – Ablakwa to Akufo-Addo