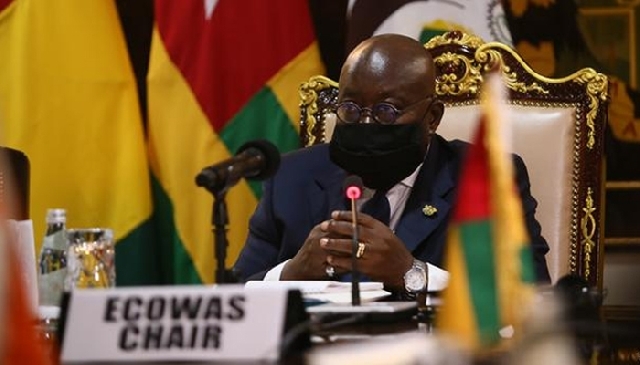 This was announced by the Director of Communications at the Presidency, Eugene Arhin.

“The president will chair an emergency virtual summit of heads of state and governments of the Economic Community of West African States (ECOWAS) basically to reaffirm the long term held belief that the ballots and not the bullets should be the only legitimate means of effecting change in the political leadership of any country within the ECOWAS community,” Mr Arhin said.

ECOWAS in an earlier statement has condemned the coup in Guinea with a call on the coup leaders to immediately release President Alpha Condé.

A statement signed by the Chairperson of the ECOWAS Authority Nana Addo Dankwa Akufo-Addo said: “ECOWAS notes with great concern the recent political developments which have occurred in Conakry, capital of the Republic of Guinea. ECOWAS condemns unreservedly the attempted coup of Sunday, September 5, 2021.

“ECOWAS demands respect for the physical safety of the President of the Republic, Professor Alpha Condé, and his immediate and unconditional release, as well as that of all arrested persons. ECOWAS also demands a return to constitutional order on pain of sanctions.

Soldiers who staged an uprising in Guinea’s capital on Sunday said they have dissolved the constitution and the government in an apparent coup.

The coup makers said they have planned to form a transitional government and would give further details later.